The game of Bingo is the entertainment played mostly in virtual or the land-based gambling rooms. Most often these gambling halls provide both variations of the Bingo game, the 75 and the 90 ball game. The 75 Bingo entertainment is the US game of Bingo but the 90 version is played mostly in the UK. Here we shall list the Rules of Bingo and special features of the US Bingo cause it is the most commonly played variant in all gambling halls. 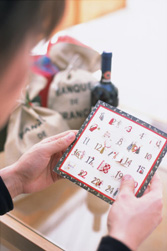 First of all, it is worth mentioning that Bingo is easier than any other casino game and it does not require any additional knowledge such as blackjack systems or roulette bets. The main special features of the entertainment say that the target of the game is either to daub all numbers or to daub the numbers according to a specific pattern and to be the first person who screams out “Bingo” and win the jackpot. The numbers which are to be marked are displayed on unique game cards that are 5 tables of numbers from 1 to 75, columns marked with the B, I, N, G, O respectively. The columns contain five numbers in the scope of the numbers of the specific letter. This means that the numbers of the column “B” (the first column) have numbers from the spectrum between 1 and 15, the vertical row “I” - 16-30, the vertical row “N” - 31-45, the column “G” - 46-60 and the last vertical row “O” - 61-75.

According to the Rules of Bingo in the center of any Bingo sheet there is a free space that is automatically marked in the start of the game. The numbers are randomly selected out of the unique number container and named by the Bingo caller.

The winning images of the game are most of the time lines of daubed numbers. The rows can be horizontal, vertical and diagonal. Moreover, depending on the version of the hall and the fantasy of the gambling room owner, the pictures could be shaped as letters of the alphabet, images of numbers and symbols. The jackpot winning pattern is most of the time the cover-all scheme when all the digits of the card are covered.

Bingo tickets according to the Rules of Bingo are purchased before the game begins. Every gambler can purchase from 1 to 100 game cards in case the player is able to keep control of his cards and control the game. All cardboards are one in a kind therefore there may be no two same cardboards.

The internet casino Bingo is a bit different from the Bingo at a real casino hall because of the numerous options provided for all the web players. The first of these options is the Auto daub option which will mark all the called digits on all the gamer sheets and show those with the largest proportion of the called numbers.

In addition, the Internet feature of the Rules of Bingo allows the gamers to chat virtually when the autodauber works and provides an opportunity to win more in the instant games.